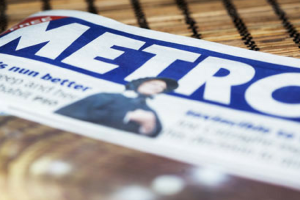 NRFF: A TOP UK FILM FESTIVAL TO KNOW ABOUT!

The London “METRO” which has a daily readership of around 3.2 million has listed the New Renaissance Film Festival as one of the top UK film festivals to know about! What a great honour.