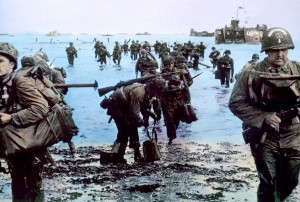 1. Congratulations on your Award of Excellence in the New Renaissance Screenwriting Competition 2016. Describe “Otto Werner” the central character in “D-Day”. What is the challenge he must overcome?

First of all, thank so much. Your festival has been a great experience.

Otto Werner, the main character, was a tough choice and not easy to write. He’s a German soldier in Normandy 1944, alright, but he’s not a Nazi. He could be called a coward, even a traitor, because that is, what he actually does: He helps the enemy, the Allies in this case, in order to save the lives of his 30 comrades and some French people dear to him, in a war which he knows has already been lost.

That’s his challenge. He has to stay humane in a world that seems to have lost all humanity. But he also has to prove that, after all, he is willing to take sides – and take action. He’s like Bogart in “Casablanca”. And I was very happy when a reader compared him to Paul from “Hotel Rwanda” or Guido from “Life is Beautiful”: A person in a world gone mad who nevertheless manages to keep his head above water and save those he loves.

2. What was your inspiration for writing this story?

I love historical movies. And even more I love historical movies that obviously don’t depict real events, but … wouldn’t it be great, if it had really happened that way? Like “Amadeus” or “Shakespeare in Love”. We know those are fictitious, right? But can you actually prove that it didn’t happen this way? And after two hours of laughing and crying – does it really matter? Of course, it felt risky to try a thing like that with D-day, maybe the most important battle ever fought. But once I had this very first idea – a very unimportant German unit of 30 men, making up an invasion from across the English channel in order just not to die and to avoid being transferred to Russia – from that moment on I felt I was on to something: That – at best – I could write a light-hearted story about heroism in disguise, about humanity in a world up in flames.

3. Describe your writing process and how you researched the historical time period in which D-Day is set.

Starting with this initial idea – a fake invasion before the real one – it was amazing how much of the actual events fell into place. There was such a long period of hide-and-seek before D-Day … Germans and Allies, both trying to confuse the other side about where or where not the invasion was about to take place. It felt so natural to add a third party to the confusion: A German Corps, following their very own agenda.

I love to work with Blake Snyder’s “Beat Sheet”, which means I break down each story into 15 beats within a classic Three-Act-Structure. The next step was reading a lot of books and seeing a lot of documentaries about D-Day and take everything from them that supported my story.

4. What would be your dream come true for “D-Day”? Who could you see playing the central character on the big screen?

I’m always cautious with big names, because it happens quite often that someone whom you had never imagined before is perfect for a part.

But of course it’s my big dream to see D-Day on the big screen in the near future. I think it’s perfect for a European co-production. It has great characters on either side – British, German, French – and could attract great actors from all three countries.

5. You’ve had commercial success as a screenwriter in TV and film. How did you get your break into the industry?

I was 20 years old and applying for a screenwriting master class. One of the jurors happened to be the producer and partner of the most successful director in Germany at that time, Detlev Buck. The producer had the idea of bringing us together, so one day I had a message from Detlev Buck on my answering machine. We made a film together. That was some start, granted, but I had to learn my skills in the years after that nonetheless. 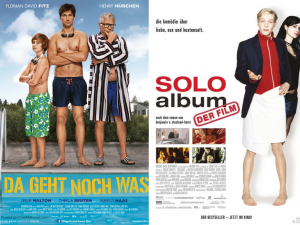 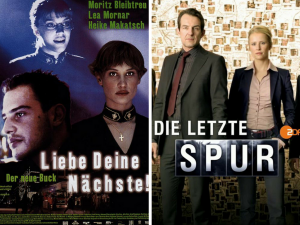 6. What has been your greatest achievement as a professional screenwriter?

Well. I have won some prizes, some films did better at the box-office than others. But the greatest achievement, I guess, is still what every screenwriter dreams of: Sitting in the audience and see people laugh or cry, see your work really get to them, see that it actually works.

I have a very good friend, who is the first reader of most of my scripts. She is my very first audience. And when I get her to cry – even in public, on a train for example – not with great acting, music and everything, no, just with words on paper, there is no greater feeling than that. She then usually gets angry with me, because I celebrate that I made her cry, but that’s how it is, I guess. We’re all black magicians in this field.

7. What do you think makes a good screenplay?

My great idol, Blake Snyder, said it best: “Take me to the divine in your story and I will tell all my friends about it.” — In my opinion, you have to pick something that’s very important to you on a very personal basis — and then find a way to make this story relate to virtually everybody alive on the planet. But how do you do that? … I think it’s mostly about your main hero / heroine and his / her transformation, but many great books have been written about that. Stories that work best for me always have a point, where the hero decides not to betray someone or something and instead decides to stay true to a friend, a lover, an idea, the right thing … against all odds and despite all consequences. I think, in a way, that’s the “divine” Blake Snyder was talking about. One of the shortest and most successful examples ever? “Use the force, Luke! Use the force!” … But to find that moment in every new story, without feeling formulaic, will stay a huge task every day of my life.

8. What advice would you give a screenwriter from the experience you have gained?

Keep writing and stay curious. Especially when writing for TV, you will get asked to write the stuff you are good at again and again. There’s nothing wrong with that, but: Don’t bore yourself. Don’t go the easy way. Flex your muscles, even if you just do it for yourself.

9. Are you working on anything new at the moment?

Right now I’m working on a Romantic Comedy that takes an ironic shot at TV Dating Shows. Well, let’s see about that … 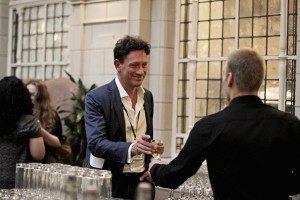 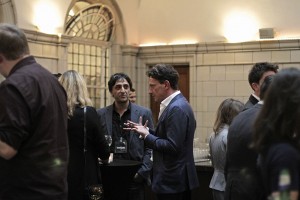 Need help with your script?

If you are a writer, producer or director New Renaissance can help you to ensure that your script is the best it can possibly be before you make your submission.

We have carefully selected script analysts who are at the top of their profession and working right now in established film and TV production companies. They are experts with a proven track record who will be able to advise you on (1) whether the script is actually good enough to be released to the industry, and 2) how it can be improved.

Our quality recommendations are honest and constructive and will help maximise the chances of your script being accepted by the industry. ENTER HERE AND GET A 25% DISCOUNT!