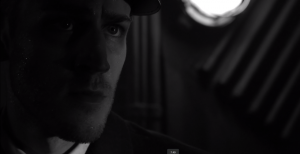 When Juri Ferri was a little boy, his grandfather used to bring him to the cinema almost every Sunday. At some point in his life, Juri decided that he did not just want to watch films: he wanted to be part in making them, and wanted to tell his stories through film. Born and raised in Italy, Juri completed his undergraduate degree in the Netherlands, and now lives in London, where he studies at the London Film School. Whenever he can, he still goes to the cinema with his grandfather. Interview by Massimo Barbato, Creative Director, NRFF.

I am excited for my film to have its UK premiere in such a nice venue and occasion. I am really looking forward to attending the festival. All the films in the program look really interesting and diverse. 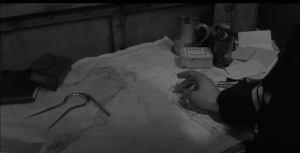 During WWI, a young and ambitious submarine captain attempts to sink an enemy ship against the advice of his wiser navigating officer. As they miss their target and their position is given away, the only option they have is to dive to the sea bottom and wait there for a long period of time. This proves to be physically very straining on the crew, but especially on the captain, who feels the weight of his mistake.

The idea came at first from an image, the interior of a German WWI U-boat. It looked so dangerous and claustrophobic, it seemed almost irrational that people would willingly decide to serve in a trap like that. Later, I read more into the submarines of that time, which are often neglected in WWI narratives. I was quite fascinated by the life they would live on board, and of the dangers they would face working on these small, primitive submarines. In fact, submarine warfare had the highest death count, in percentage, in the whole of World War I!

One of these stories caught my attention and was the main inspiration of the film: the story of how the German submarine UB-13 was forced to wait on the bottom of the sea for three days and three nights. Since normally they would only dive for a few hours at most, by the end they had almost completely run out of oxygen. I wanted to explore what would happen to a group of men, to their bodies and minds, when put in a stressful situation like this, and especially how their leaders would react to the responsibility of other people’s lives. 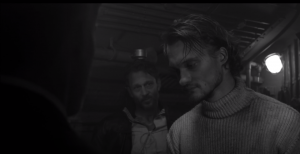 I decided quite early on that I wanted to make the film in German. This was a German story, and it would not have been served well by having German characters speaking English. Because of that, I needed to cast German speaking actors for the role, while being limited to casting London based actors. While I was not able to audition as many people as I could have if I decided to make the film in English, I managed to get some really fantastic actors. Four of them are actually native Germans, while two are English who managed quite well to speak German without an accent. The six cast members bonded together very well during the course of the shoot, which really made their performance more real!

I did not manage to get a lot of time with the actors before the shoot, but as soon as we started we were quite soon on the same page. It really helped to have such a good production design, with a realistic looking set that really helped them get in the right place.

5. What was the greatest challenge you faced in making UB-13?

The whole film takes place in the same location, the control room of UB-13. This was a set we built for the occasion in just three days. We really wanted to recreate the madness of these U-boat interiors, full of pipes, wheels and gauges, each looking so random yet each with their own purpose. The set is almost a character in the film, which really made its build crucial. Sourcing all the props and various pieces was certainly very challenging, as well as constructing the set in a realistic yet functional way. But I am very proud of how it looks and of the great work done by production designer Andrea Vigoni, down to the small details: it is really one of the elements that really adds value to the film.

Next to the production design, the cinematography was certainly also a very rewarding aspect. Given the option, we decided to shoot on 35mm, because we thought that the analogue film look would be the most suitable to telling this story: the grain and dirtiness really enhance the feeling of being stuck in such an unhealthy space. The use of black and white helped us to recreate the look of original period photographs of WWI submarines. I really think that Tom Hudson, our DoP, managed very well to recreate the moody, low key lighting we were aiming for. It looks almost like a period film noir. 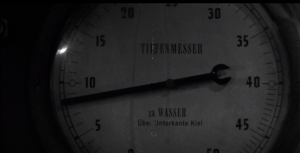 The film focuses on how the hubris of the captain brought everyone in danger, and how the genuine concern and serving spirit of the second in command helped save everyone’s life. I would like the audience to understand, like our captain does, that the best leaders are the ones that show empathy and selflessness, rather than using their position as a springboard for personal position. At the same time, I don’t want them to be too harsh on him: the ending makes clear that he has learned his lesson, and has become a different man.

Hopefully UB-13 will be screening at a few more festivals in the UK and abroad, and we are also planning to release it online soon, so that we can reach a wider audience. Ultimately, we all make films because we want as many people as possible to be touched by our stories!

I am currently developing my next film, a WW2 short set in the Netherlands at the beginning of the German invasion. Yes, it is another war film, but while sharing some of UB-13’s themes, it will actually be very different. It is based on a real story handed down through my family, so it’s something that feels quite personal to me.