NRFF Screenplay of the Month

An anguished brother, in an act of protection, invents a fantasy fairy tale for his younger sister to believe in.

Congratulations to UK screenwriter Joe Madley! The New Renaissance Film Festival London has selected his (short) screenplay, TOMORROW EVER AFTER, as our SCREENPLAY OF THE MONTH (June 2016). 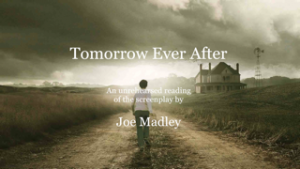 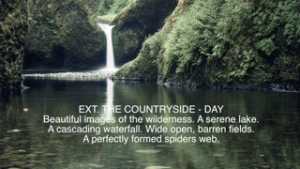 As a result we have done an unrehearsed reading of the script with professional actors, and recorded this on video.

We’ve chosen TOMORROW EVER AFTER as we thought that the characters of Lilly and Tom, the theme, and the location were all very strong, and immediately engaged us as the readers.

We believe passionately in supporting independent screenwriters and filmmakers! Special thanks to actors Charlotte King and Paris Bailey for bringing the characters to life.

For more information about the screenplay, contact Joe Madley via email: madley.joe@gmail.com 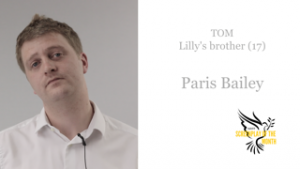 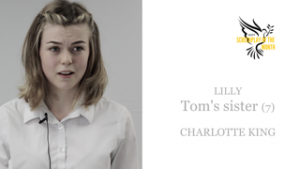 NRFF SCREENPLAY OF THE MONTH

SCREENPLAY OF THE MONTH is an initiative separate from the Screenwriting Competition, and being chosen does NOT guarantee the screenwriter a place into the Official Selection for the New Renaissance Film Festival. However, a prize will be given to the Best Screenplay of the Month at the Festival.

Screenwriters, submit your scripts to the New Renaissance Film Festival, so that more of you can see your work come alive and hopefully produced. Our Fast Track Deadline is July 7, 2016.