NRFF: What People Are Saying 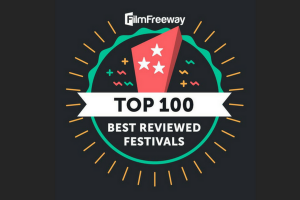 WHAT PEOPLE ARE SAYING ABOUT NRFF

I loved this festival so much! Jan and Massi were the perfect hosts. Very thoughtful and took the time to speak to everyone. Organisation was superb and the venue setting for the films was well chosen. The other films were of very high quality and the networking was great. Would highly recommend entering this festival!

Jan & Massimo & team did a fantastic job on this years NRFF, excellent communication with daily social media activity before the festival, and put on a great screening of our film THE GHOST, with a splendid awards night in Soho. We are honoured to have won and entered this special festival. Thank You guys .

I am very privileged to receive the ‘Best Period Drama Feature Screenplay’ last night for “PERNILLA’S GIFT” at the NRFF’S awards ceremony. Part of the British/Australian pioneer series with more to come in next year’s festival. NRFF, under the expert management of Massimo and Jan, has given me the most fantastic experiences for networking in the heart of the world’s film industry capital. Among the brightest emerging film makers, the evening was electric!

“An excellent festival that genuinely cares about the films and filmmakers taking part. Organisers Massimo and Jan made us feel so welcome. We will definitely be submitting again and advise other filmmakers to do so too.”

“We really loved this festival! Eclectic and high quality curating, with a genuine respect and love of the work that the diverse range of filmmakers had produced. Massimo and Jan put a huge amount of work into creating promotional material not just for the festival but for the films and filmmakers and this marks the festival out from many others. I found they really do go the extra mile in small ways, too. I loved the quality of the Awards Night, the awards that were given and the celebratory atmosphere. Beautiful hotel location, lovely catering and drinks, gorgeous engraved trophies (yes, we did come away with a trophy for SEEING HIM!) and a wonderfully supportive and encouraging feel to the evening. It was great fun and also informative to take part in the Filmmaker Discussion Panel and there were several FREE Masterclasses on offer, too. Excellent networking opportunities and I made some great connections and also met filmmakers I had been following on social media for a while now! Professional, respectful, excellently curated and super-supportive. I HIGHLY recommend this festival.”

“This is a fantastic festival with a great ethos. The quality of the films shown is consistently high. An all-round classy affair.”

“An absolute joy to be a part of this Film Festival, run by people who clearly care about the filmmakers involved and the craft in general. Great selection of films. Thanks for showing ‘Kon-Tiki’, hope to be there next year!”

“Amazing first festival, very happy to have had my short film screened here and truly honoured to have won Best London Based Film! Looking forward to the next one!

“It was a great pleasure to participate in this wonderful festival!! Hope to meet you next year!”

“The high quality of this inaugural festival is truly impressive. Jan and Massimo embody professionalism. They responded to messages promptly, were ever cordial and delivered on every aspect of the generous prize package for best screenplay. They obviously value writers as evidenced by awards given to all finalists. I only wish that we had been able to attend. The programme looked superb and offered some excellent learning and networking opportunities. I highly recommend the New Renaissance Film Festival.”

“Fabulous location and wonderful event. Congrats to all involved. Will watch this festival as it grows.”

“It was such a pleasure to be part of a festival that really took care of the guests, Jan and Massimo worked so hard to welcome the many filmmakers from around the world. The masterclasses were insightful and the screenings were full of real talent. I’m looking forward to many more years of the New Renaissance and feel lucky to have been there at the inaugural festival.”

“This is indeed a great film festival. Not only is the organization perfect, but the service is wonderful as well. We enjoyed being part of it.”

“It was my first competition ever, and I did enjoy it thoroughly. Apart from an extremely good atmosphere, a very competent team, the overall quality of the screenings was thrilling.
Massimo and Jan have managed to make everybody happy, and many thanks to them for a great event! Looking forward to attending next year.”

“The New Renaissance Film Festival was very professionally run. I heartily congratulate Jan and Massimo for their excellent choice of venue–very accessible, in the heart of London, and their enthusiastic , clear instructions and explanations prior to the film screenings. The films themselves were provocative and very high quality. I would certainly return to future New Renaissance Festivals and highly recommend them to others.”

“Lucky enough to screen in the the inaugural festival in London, we were nothing but pleased by how well run it was and how friendly Jan and Massimo were throughout their online Film of the Week announcements, all the way to their live screening. Friends who attended said it was a very lovely affair with great people and a great vibe. If this was their first fest, one can only expect an even more amazing show next year, and beyond.”

“Just won best 15 minute screenplay. Absolutely chuffed!!Thank you so much!”

“The best film festivals present stimulating films that challenge and entertain, a welcoming atmosphere and offer a platform and a voice for filmmakers. The New Renaissance Film Festival offered it all and much more. Thank you for giving me the opportunity to be part of this outstanding event.”

“We thank you for providing such a good experience for our first film festival. So much that it is likely we will attend the next one.  Thank you for also providing me with the award for best young talent screenplay.”

“Thanks for a great day and my category commendation for ‘Ladies First.’ Hope to see you next year!!”

“I just wanted to thank you both for hosting a wonderful event last week. The selection of films on show were absolutely amazing with my personal favourites being ‘Minh Tȃm’ and ‘Lost in Spring’. It was incredibly inspiring to see our own project alongside such great films and I would like to thank you again for accepting ‘La Promesa’ into the festival. It really means a lot to our team, and we wish you all the best for the festival in the future.”

“Won “Best Screenplay of the Month” & “Award of Excellence!” Thank you for a fantastic festival.”

“Nice day and night. UK screening of “Stay” and an award for excellence.”

Our next film festival will be held in Amsterdam in March 2017. We are now open for entries.