Congratulations to ‘GAIA – The Big Mother’ for being selected as our Film of the Week!

This is a fascinating documentary by director Xavier Berenguer about the origin, the evolution and the future of the Earth, focusing on the basic geological concepts and the role of life and humans.

Facts and ideas are shown through beautiful illustrations and animations together with films made on relevant places such as Catalonia, England, Scotland and the Basque Country.

The threats to the sustainability of our planet are also exposed. For more information about the film visit: http://www.docu.net/gaia-thebigmother/ 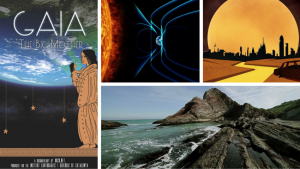