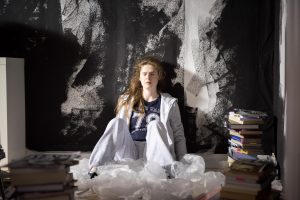 Serena Gardner is an award-winning writer and director of 2016’s Lady in the Park which screened in the UK and Internationally, winning two awards including ‘Best British Film’ at Southampton

International Film Festival and ‘Best Performance a Short Film’ at Coventry Film Festival, with a further eight nominations. Serena trained as an actress at Birmingham School of Acting and Court Theatre Training Company. She began acting in short films and features such as horror-comedy ‘Banjo’ which premiered at Cannes Film Festival and London’s Fright Fest in 2015. She then co-founded London horror-theatre company ‘I’ll Be Right Back’ for which she produced ‘Faustus’ to a sold-out run at London Horror Fest. Interview by Massimo Barbato, Creative Director, NRFF.

Thank you so much for having us! We are seriously over the moon to have been selected as part of this festival. We’d heard about it from friends last year who loved it so we were really hoping we’d get in.

2. What is the basic premise of BLACKOUT?

Blackout is about a young girl called Grace living on a council estate with her mentally ill mother Cathy. Set over one night and one day and after a scary event at the start, Grace realises that she needs to help her mum. In doing so she constantly questions whether it was the right thing to do. 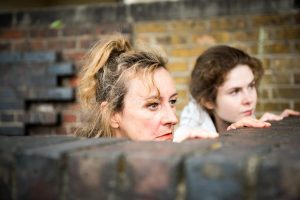 Blackout is inspired by my life as a young carer growing up with my mentally ill mother. In this situation, you constantly grow up slightly disjointed from the rest of the world because of the nature of your parent’s illness. Every day is completely different and you’re constantly being the adult. It’s really tough on young carers and there are so many out there too, I wanted to give them and people suffering from mental health issues a platform and a voice.

I’d already cast Evie Lockley (Grace) who was in another short film of mine (Lady in the Park). She was this amazing actress who carries so much in her without even having to say anything. She was perfect for the role. For the mother Cathy (played by Kate Lock) we held casting sessions. I knew to get the chemistry between Grace and her mother had to be just right and I needed to see that in person. When Kate came in she just blew everyone away, she was instantly this character. It just had to be her.

Being a trained actor myself, I’m a stickler for character development so rehearsals are so important to me. Also, for saving time on set. It’s so much easier to find the characters, set out blocking and establish relationships in a safe rehearsal space rather than doing it on the first day everyone meets on set. I find it nuts that people don’t consider the benefits of rehearsals. With Blackout it was key to gaining more chemistry and tension (especially the tension and danger) of the relationship between Grace and Cathy. 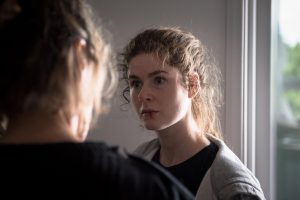 5. What was the greatest challenge you faced in making BLACKOUT?

Ironically, I thought because Blackout was a personal story it would be a challenge to write the film without getting upset by it but that part was fine.

The hardest part for us ended up being budget and filming in London. We were lucky enough to raise some money on Indiegogo and then we applied for additional funding from Film London’s short film scheme “London Calling” which we won. However, trying to get that urban landscape feel of growing up on a council estate in London held a pretty hefty price tag. I absolutely love London and I grew up here but it really needs to do more to help new filmmakers in terms of cost i.e. lowering the prices of location permits.

Having young carers and council workers come up to me after screenings saying that they saw themselves in this film and it has helped them. That has really meant the world to me.

I really just wanted to make this film so that someone like me as a kid growing up as a young carer could see this, recognise themselves in it and realise they’re not alone.

8. What are your future plans for BLACKOUT and are there any others in the pipeline you can talk about?

Yes I’m actually working on two projects at the moment. One is a short retaliation drama which I’m writing with my producer Simon Craven called Safe Place which will hopefully go into production next year. I’m also in the development process of my first feature, which is a coming of age drama about a young girl left behind to look after her drug addict dad after the suicide of her brother and that is called Six Weeks of Summer. 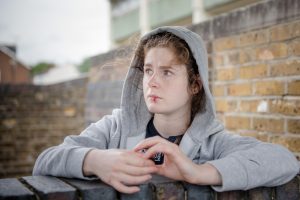