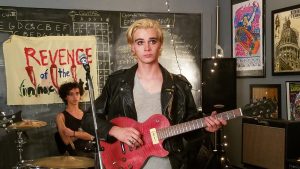 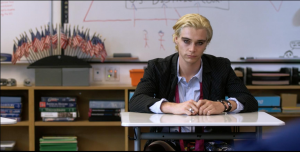 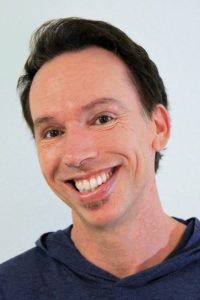 Winner of the prestigious Academy of Motion Pictures Nicholl Fellowship, Scott Simonsen is an active member of the WGA and has sold feature lengths pitches and scripts to top producers in Hollywood. “Honor Council” is the second short film he has directed. His first, “Situational”, is winding down its festival tour on which it won top honors at over a dozen festivals.

“Honor Council” was winner of Josh Hutcherson and Indigenous Media’s Big Script Incubator Project in which five feature film scripts were chosen from the Black List. Each filmmaker was given 20K to make a short based on his or her feature script.

“Having grown up a John Hughes fan I wanted to do my homage to Breakfast Club, especially in how it got to the core of identity, public and private, within the pressure cooker of high school (also known as the worst social experiment in most peoples’ lives.) But rather than imitate Hughes, I wanted to reimagine that world through the complexities that exist today, be they technology, gender, profanity, etc… Honor Council is meant to be a whirlwind of drama, absurdity and emotion. Although the film is being released digitally, I created it for the big screen and am thankful for any festivals where we can watch it with audiences as it was intended to be. Thank you for reading this! I hope you enjoy.”

Scott is currently in negotiations on several feature film projects. In addition to filmmaking, he owns a mid sized college prep company and lives in Redondo Beach CA with his awesome son, Kai. 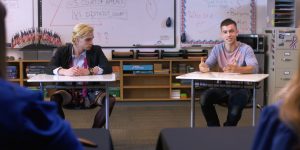 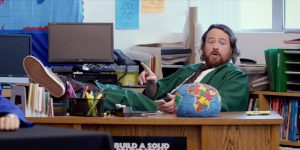 
Error: Access Token for newrenaissancefilmfestival is not valid or has expired. Feed will not update.