THE GIRLS WERE DOING NOTHING 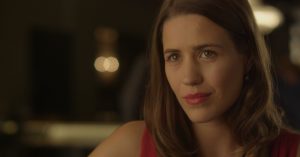 The Girls Were Doing Nothing is a study into the conflicting nature of love and the human soul – our basic needs for stability, comfort and routine which clash with equality strong desires for novelty, variety and freedom. Marta and Jake are a married couple in their late 30’s. Working in senior professional positions, they are very wealthy: living together in a luxurious cosmopolitan home while spending much of their free time eating at expensive restaurants and exercising at private gyms. Their idealistic lifestyle is a grandiose means of concealing and deflecting the strains of their spousal dynamic. For Jake and Martha, communication has become an obligation; intimacy has become a rarity; and love itself has become a cliché. All of that is about to change when Andrea, their attractive and affable neighbour, asks Jake and Marta for a favour while she goes on holiday.

Originally from Israel, Dekel Berenson lived in Budapest, London and New York before embarking on a five years trip around the world, reaching far away places as the North Pole and Mount Everest. He abandoned a Master’s of Arts in Filmmaking at the London Film School after just three months to write direct and produce his first short film The Girls Were Doing Nothing.

It is the first segment of an anthology feature consisting three parts. Founder of Kindness-365.org, a year long video based kindness challenge, he now focuses on his two passions – filmmaking and social entrepreneurship. 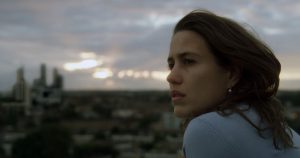 The WINNER of NRFF London’s FILM OF THE WEEK is guaranteed selection for the 2018 festival. Congratulations to THE GIRLS WERE DOING NOTHING.