Two women. Their beauty and ugliness. Black and white.

Kazuya and Miyuki Matsuhashi’s May-December marriage has lost its spark. It has already been four days since Miyuki’s younger sister, Chiharu, showed up on their doorstep. Living each day in frustration, Miyuki can’t bear Chiharu’s reckless abandon, nor her husband’s favourable treatment of Chiharu any longer. One day on her way home, Miyuki spots Kazuya and Chiharu holding hands, and her suspicion grows… 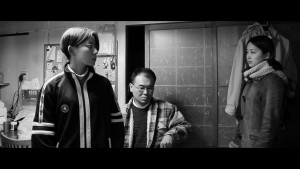 Keishi Suenaga is a Japanese Independent Film Director, Producer and Writer. In 2011, Keishi established Starsea Films, an independent movie production company where he took on the role of producing, directing and editing  films. He has made two shorts and a feature to date.

“Even in families, men are men and women are women. No two people interpret an incident in the same way. While Miyuki and Chiharu may be sisters, and perhaps because of it, I feel that the concept of human obsession is depicted through their intense clash of female karma.” 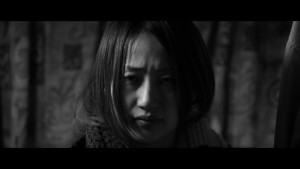