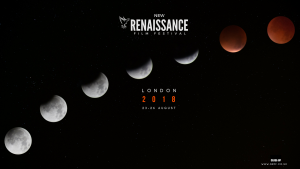 AT THE CLOSE-UP FILM CENTRE IN LONDON (UK)

The New Renaissance Film Festival has a real love for indie filmmakers who try to excel in their storytelling, their technique or their unique expression as an artist.

Last year we were privileged to have the UK premiere of the 2018 Oscar-winning short The Silent Child, which won NRFF’s Humanity Award and Best Cinematography (Video Interview with the team of The Silent Child).

We have many new premieres again this year. In the two hour block ‘Poetry and Literature’ we will screen the innovative re-telling of Shakespeare’s Julius Caesar, DOGS OF WAR (40 min, World premiere), and THE BURYING PARTY (60 min, UK premiere), which documents the extraordinary life of Wilfred Owen, the greatest war poet. This thought-provoking story is about outsiders, protesters, and those who use their talents in order to defy their times. It also tackles the issue of sexuality in an age of oppression.

Not to be missed is the beautiful debut feature film YOU GO TO MY HEAD (116 min, UK premiere) by Belgian filmmaker Dimitri de Clercq. In a desolate stretch of the Sahara, a mysterious car accident leaves a young woman lost and alone. She’s suffering from post-traumatic amnesia. Intoxicated by the woman’s beauty, Jake, the man who finds her, claims to be her husband.

In the film block ‘Coming out of the Closet’ we have the quirky French comedy INSIDE THE WARDROBE (27 min, UK Premiere), and INTO THE MIRROR (65 min, World Premiere), a debut feature from British female filmmaker Lois Stevenson, with an evocative music soundtrack by Johnny Jewel (Bronson, Drive). A sensitive young man has had to suppress his feelings and his true identity. A Thrilling and emotional Drama that follows him through what could be the most important week of his life…

Historical films are back and they are all outstanding with many premieres. THE GHOST, with Emilia Fox (Silent Witness, The Pianist, Merlin), is one of them. Set in the 1970’s, it is a true story of a boy’s search for his father, the footballing legend John White, who was killed by lightening.

Also in the exciting and innovative MUSIC & DANCE and ANIMATION and YOUNG TALENT categories, there are lots of new filmmakers, artists and premieres to be discovered.

First Flights is a Goldfinch Studio initiative to provide first-time directors with the opportunity to create financially successful indie feature films and launch their international profiles as successful filmmakers. They have agreed to organise a masterclass at Amnesty International’s headquarters, and present the award at the Courthouse Hotel, in Soho, to the Best Young Talent Filmmaker, providing him or her with a consultation on future projects.

Besides this a screenwriting masterclass will be given, and more information will be announced about that soon. All screenings will be open to the public. The masterclasses are free to attend.

A full programme, including details of the SCREENWRITING COMPETITION FINALISTS and ticket information can be found on the festival’s programme website www.nrff.co.uk.

Jan Hendrik Verstraten and Massimo Barbato are the co-founders of the New Renaissance Film Festival, which was established in London, UK, to provide a stage for inspiring artists and storytellers from around the world.

Click here to see what people are saying about NRFF.

Images of the festival: