NRFF Screenplay of the Month

Congratulations to screenwriter Adam Luff! We have selected his (short) screenplay LUNAR ART as our very first  SCREENPLAY OF THE MONTH (May 2016).

As a result we have done an unrehearsed reading with professional actors of selected scenes from the screenplay, and recorded this on video.

We’ve chosen LUNAR ART as we thought that the characters, the theme, and the location were all very strong, and immediately engaged us as the readers. 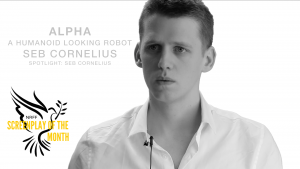 We have adopted a very simple black-and-white format which will give a good representation of the screenplay and hopefully in such a way that all the indie directors and producers out there get interested, and will contact the screenwriter to collaborate. 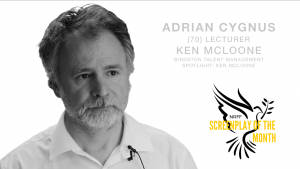 Adam Luff  is a screenwriter from the UK. He first started in 2011 when he studied in San Francisco, California. To this day, he continues to write on a freelance basis, working both sides of the Atlantic and will work with clients, regardless of if it’s in person, by email or even Skype. 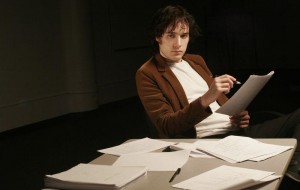 Adam says: “I have taken many roles in films, including director, assistant director, producer, editor and actor. However, I am a screenwriter first and foremost. On the side, I also edit demo reels. ​I aim to do the best for my clients. If you wish to hire me, do not hesitate to contact me.”

NRFF SCREENPLAY OF THE MONTH

SCREENPLAY OF THE MONTH is an initiative separate from the Screenwriting Competition, and being chosen does NOT guarantee the screenwriter a place into the Official Selection for the New Renaissance Film Festival. However, a prize will be given to the Best Screenplay of the Month at the Festival.

Screenwriters, submit your scripts to the New Renaissance Film Festival, so that more of you can see your work come alive and hopefully produced.