NRFF London – Film Of The Week

Athens, Greece. An unemployed youth desperate to help his best friend fight cancer secretly decides to become a criminal to pay for the treatments. 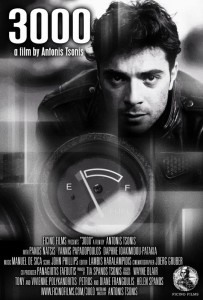 Every week the New Renaissance Film Festival selects a Film of the Week from all the received submissions. We post the TRAILER and a bio of the filmmaker on our website and social media to highlight their project. This week, congratulations goes to ‘3000’.

When Leon’s best friend Ari shares tragic news about his battle with cancer, unemployed and desperate to help, Leon secretly decides to become a criminal to pay for more cancer treatments. Against the backdrop of contemporary Athens, Greece, Leon’s actions to save his best friend have irreversible consequences. 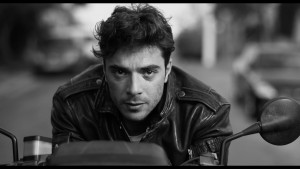 The idea of 3000 was conceived in Melbourne by Australian writer/director Antonis Tsonis, but the reality of making this short film required careful consideration due to the distance between Europe and Australia. With modest resources, Independent Australian Producer Tia Spanos Tsonis and Greek Filmmaker and Co-Producer Panagiotis Fafoutis, wholeheartedly decided to make 3000 because it comments on a topic so poignant to them.

“In 3000 I want to acknowledge contemporary Athens, where a world focus has come to rest. Athens is now being pushed to a limit, a ground zero that begs for a re-examination of our judgments over ordinary people in their time of need.”

Working with casting director, Akis Gourzoulidis, Antonis chose Panos Natsis to make his debut performance as Leon. When rehearsing with Panos, Antonis concentrated on the principle of ‘emotional truth’ as developed by American actress and acclaimed acting teacher, Stella Adler (1901-1992).

German cinematographer Joerg Gruber, based in Berlin, joined the production team to shoot 3000 entirely on location.

Antonis edited the film in Greece with Greek editor Lambis Haralambidis, and executive producer Wayne Blair joined Antonis in Athens for review. Post Production was completed at the DDP & Deluxe International Studios, Melbourne. Very special to 3000 is the theme music by the late Manuel De Sica (1949-2014).