Lara, a 24 year old Lebanese artist living in NYC, returns home to Beirut for her father’s funeral. Her elegant strong-willed mother, Mona, pushes for Lara to behave in accordance with the social mores of Beirut and the traditional ways of grieving. Lara, in mourning and in need of her family, yields. Her Jewish American fiancee, Noah, shows up to support her – but is surprised to discover that Lara has never told her family about him. Lara can’t bring herself to risk losing her family but eventually must find a way to be true to herself. 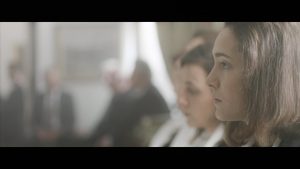 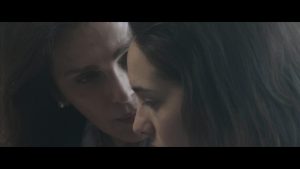 Director Dania Bdeir  is a film graduate of Tisch, NYU.  The stunning ‘In White’  is her thesis short film shot in Lebanon. It had its world premiere at the 2017 Clermont-Ferrand film festival. It also recently won “best international short film” at the 2017 Milan International Film Festival Awards.

“When one moves from a country like Lebanon to the vastness of New York city, you go through a relentless process of change. I’ve witnessed this big change happen in myself. It’s inevitable. When living in New York, you shed a lot of preset notions that were etched into your being just by being exposed to such diversity. It makes way for different narratives to unfold.

After achieving and living such freedom you can truly find yourself in the realest way. Yet when you go back to Lebanon, that world doesn’t want to accept or see your change. You’re forced to regress and fill back the shoes of the person you once were unless you have the strength of character to stand up for yourself and stand out. 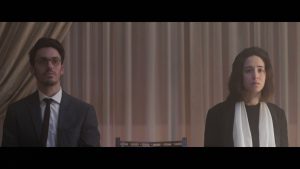 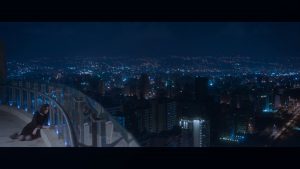