Another Life is a portrait of two young women over a single day, whose lives are interconnected by the story that one of them is writing. Jen lives in a world of abuse and finds solace in the stories that she writes. As her final chapter draws near, her perfect character Emma quickly unravels. 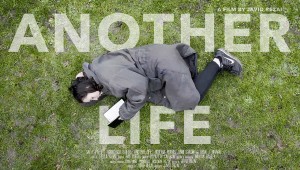 Javid Rezai graduated from Goldsmiths College, University of London where he studied Media & Communications, specialising in Script-Writing and Photography. Before making Another Life he worked at Esquire UK, working on some of their biggest fashion shoots to date.