NRFF London – Film Of The Week

A basketball mad Kenyan teenager moves to Northern England and has to overcome racism. 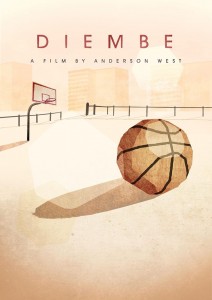 Every week the New Renaissance Film Festival selects a Film of the Week from all the received submissions. We post the TRAILER and a bio of the filmmaker on our website and social media to highlight their project. This week, congratulations goes to ‘DIEMBE’.

A Kenyan teenager moves to the UK with high hopes only to be welcomed by bad weather, ignorant pupils and even worse, touchy girls. As he struggles to fit in at school, one unlikely friendship with a curious classmate is going to change everything.

MOVIE-MAKER Anderson West hopes his latest film will put issues of prejudice in the spotlight. The short film tells the story of Kenyan boy, Diembe, his mother Ruth and the struggles they face in an English city.

The movie deals with the racism Diembe encounters and how he makes a stand against prejudice. Anderson used his personal experiences of  moving from Florida to North Staffordshire to inspire some of the grittier scenes.

“I have lived in Stoke-on-Trent for 13 years and the area has changed in that time. It was when I got to England where I learned what racism was. Florida is quite multicultural and I didn’t expect to hear things like the ‘n’ word,which I did over here. I hope it will break down prejudice and perhaps change a few people’s views.”

Anderson launched a £7,000 fund-raising appeal to make the movie, which was shot at locations including Haywood Academy, Basford and the Royal Stoke University Hospital.

“The film is a testament to how generous people have been.”

The film stars EDWARD KAGATUZI as the 14 year-old Diembe, and 15-year-old Leeds-based actor KAI HARRINGTON plays Tony, who stands up for Diembe against the bullies.