NRFF -A film festival for new artists, stories and storytellers

Many of the 43 short films that we will screen at NRFF London 2016 are true GEMS. They are like mini features with strong themes, depth, and will engage you as an audience in a very emotional way.

For some of the filmmakers this is their first film, while others were already selected to Sundance and Cannes. It’s an honour to showcase them all.

The filmmakers are international, but being a London festival, we are especially proud to have a very strong collection of new UK filmmakers.

Here is an overview of  our UK nominees for Best Narrative Short 2016.

‘Another Life’ is a portrait of two young women over a single day, whose lives are interconnected by the story that one of them is writing. Jen lives in a world of abuse and finds solace in the stories that she writes. As her final chapter draws near, her perfect character Emma quickly unravels.

This is an original and deeply emotional story about loss and love, and writer / director Javid Rezai’s first time as a filmmaker. 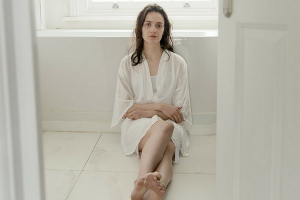 This fast-paced action comedy made us laugh out loud.

Recently accepted into the Cannes Film Festival, writer / director  Michael McCarthy has previously worked on visual effects for several short motion pictures and directed promo music videos, which have given him the technical knowledge and inspiration to bring ‘Dark Laugh’ to life. 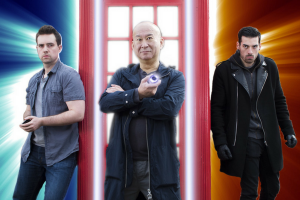 A Kenyan teenager moves to the UK with high hopes only to be welcomed by bad weather, ignorant pupils and even worse, touchy girls. As he struggles to fit in at school, one unlikely friendship with a curious classmate is going to change everything.

‘Diembe’ is a heart-warming story by director Anderson West, who drew upon his own experiences of racism growing up in a northern town. 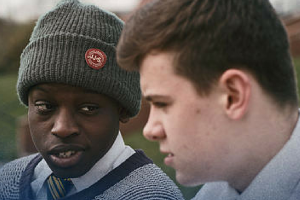 When a talented new arrival begins using the local boxing club, Paris, a skilled and confident fighter, is forced to face the truth about his own emotional vulnerability.

‘Heavy Weight’ attempts to explore ideas around masculinity, attraction, vulnerability and what it is to be genuinely, emotionally expressive. It’s a gay-themed film and Chuku Modu and Jace Moody give emotionally intense performances. Both actors co-wrote the screenplay.

Jonny Ruff is a director and producer of films, mostly fiction but also documentary. They have been screened at the BFI and London Short Film Festival, amongst other places. 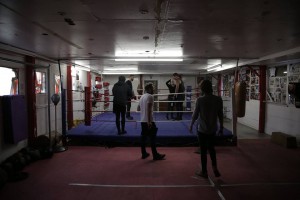 Sam Smith is woken by the late-night delivery of strange and threatening notes through his letterbox. Each note more disturbing than the last. What did you do, Sam? The clock is ticking. Time to confess.

This darkly humorous short thriller by director, Detsky Graffam, is set against the nightmarish scenario of 24/7 surveillance, privacy invasion and those dark thoughts that keep us awake at night.

Paris In The Rain

‘Paris in the Rain’ is tragic and yet adopts a darkly funny view of the world.

The film is a farewell message to director Eli Hart’s late Grandfather. The painting in the film was his and had been mounted above his fireplace for fifty years, becoming a significant image from Eli’s childhood. 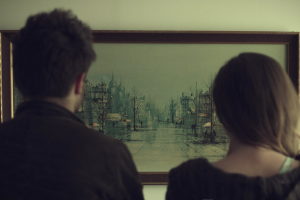